Feds Consider Drones ‘Aircraft’ And Say FAA Can Regulate Their Use 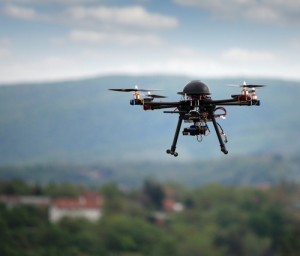 Nov. 21–Drones are aircraft and therefore should be regulated by the Federal Aviation Administration, the National Transportation Safety Board said this week in its long-awaited decision on a 2011 drone incident at the University of Virginia involving Raphael Pirker.

Pirker was cited by the FAA and fined $10,000 for operating a small, Ritewing Zephyr unmanned aircraft in a “careless or reckless” manner when he shot aerial photography for a third-party marketing firm as part of an agreement with the University of Virginia. The FAA claims Pirker flew his drone too close to people, through a tunnel with people inside, only 10 feet above ground and up to 1,500 feet above ground. The FAA claims Pirker flew his drone “directly towards an individual standing on a … sidewalk causing the individual to take immediate evasive maneuvers so as to avoid being struck by [the] aircraft,” according to court documents.

Pirker responded that the FAA doesn’t have the authority to regulate drone use because there aren’t clear definitions in place whether drones, or unmanned aircraft in general, are subject to existing aircraft regulations. A lower court judge agreed with Pirker and was ready to dismiss the FAA’s complaint, but the FAA filed an appeal earlier this year to have the decision reviewed.

On Tuesday, the FAA’s appeal was validated, as the NTSB ruled that existing definitions of aircraft are “clear” and “unambiguous,” and that there is no language exempting unmanned aircraft, model aircraft included, from FAA regulation. The complaint against Pirker now returns to the lower court, where a judge must decide whether Pirker was actually operating his drone in a reckless manner.