Can Aerospace Gain From Composite Technologies? 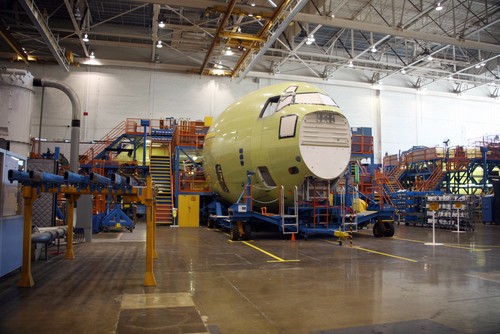 The Automotive Industry has embraced utilizing low–cost, high–rate composite technologies. Can aircraft manufacturers use the same to their benefit?

To the aerospace and automotive industries, high-rate production means different things. For airframers it is hundreds of aircraft a year; for automakers hundreds of cars a day. And those vastly different outputs drive divergent choices in structural materials and manufacturing processes.

But, at first glance, it would appear the automotive and aerospace industries are drawing closer as carmakers strive to meet targets for reducing fuel consumption and emissions by switching to lightweight materials for vehicle bodies, including aviation’s staples: aluminum and carbon fiber.

Structural composites got their start in aerospace, but at the JEC Europe composites-industry show in Paris in March, there were many more displays related to cars, buses, trams and trains than aircraft. And as the automotive industry embraces composites, it is heading in new directions, driven by demand for low costs and high production rates. In high-volume carmaking, even 4 min. to make a part is too long.

“In the late 1990s, the only market for composites was in aerospace because of oil prices,” says Edward Bernardon, vice president of strategic automotive initiatives at Siemens PLM Software. Vistagy, which developed the Fibersim composites engineering software and was acquired by Siemens in 2011, “started a group in Germany to look at the high-volume automotive market and how to make carbon-fiber parts more cost-effective,” he says.

Initially, carbon fiber was used only in high-performance but low-volume supercars where material cost and manufacturing cycle times are less critical. Then in 2009, BMW announced it would build a small all-electric car using carbon-fiber composites. Deliveries of the i3 began late in 2013, but at 100 cars a day, it is at the lower end of the high-volume spectrum. Now automakers like PSA Peugeot Citroen are looking at composites, but for rates exceeding 900 cars a day. 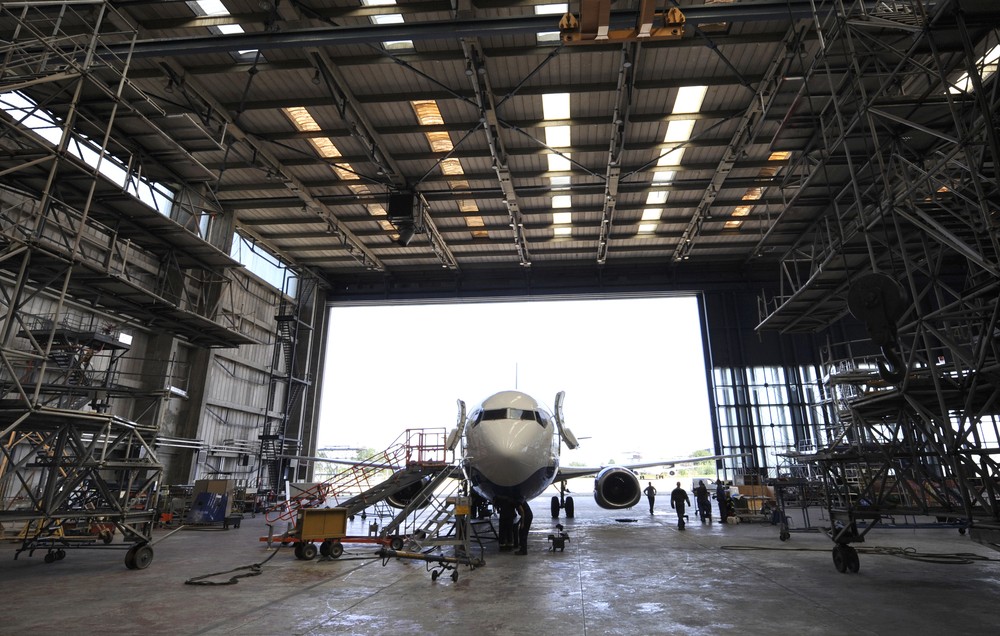 According to Bernardon, automotive composites are unique because of the faster design cycles—“designs can change daily or weekly for packaging reasons,” he says. As a result, manufacturing processes developed by airframers and carmakers have diverged. “Resin transfer molding of preforms is a big percentage in automotive, but only a small percentage in aerospace,” he says.

But can the automotive industry’s push toward low-cost, high-rate composites benefit aerospace? Darpa thinks so, and the Pentagon advanced research agency plans a program— Aerospace Composites with Automotive Efficiencies—to significantly reduce the cost and time to make small composite parts—less than 15 lb. and 15 ft.—for use in aircraft.

Darpa believes materials and processes developed by the automotive industry could enable “build-rate insensitive, less capital-intensive” composites production for aerospace—with the critical caveat that parts must maintain the performance of the intermediate-modulus carbon-fiber/toughened-epoxy systems now used in aircraft. And that is an important stipulation, because low-cost composites used by carmakers will not meet aerospace strength, stiffness and damage tolerance requirements.

Darpa has requested information on short-fiber composites that have the same performance as continuous fibers but enable injection processes and forming over contours. Spraying chopped fibers onto a mold is one technique used by carmakers. But for aerospace use, unlike automotive, precise control of short-fiber orientation will be needed to provide the mechanical properties required.