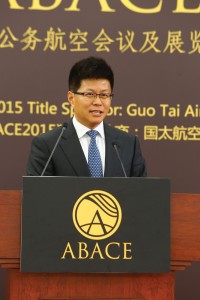 It goes without saying that ABACE 2015 exceeding expectations, even when expectations were already really high. NBAA president and CEO Ed Bolen had high hopes for this year’s ABACE, with nearly 40 aircraft on static display representing all aspects of general aviation, 185 exhibitors, and early registrations indicating another increase in attendance.

ABACE 2015 marks the fourth consecutive year the event has been held annually in its present form, at the Shanghai Hawker Pacific facility, and the 10-year anniversary since its inception.

Bolen noted that the event has changed and grown over the years, reflecting the potential of the business aviation market in China and the role it can play in generating jobs, economic development and trade and commerce.

This year’s event drew attendees from more than 40 countries outside China, while 40 percent of exhibitors are from the Asia Pacific region. This reflects both the international nature of the show, while demonstrates that ABACE “is a truly Asian show,” Bolen said. 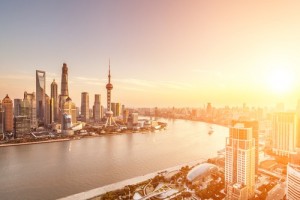 Lu Xun, vice general manager of Shanghai Hawker Pacific Business Aviation Service Center, noted that the event “already has a good reputation in the industry,” but is helping to raise the visibility of the industry and make Shanghai an aviation capital.

Xun acknowledged the growth of the industry is maturing, but said the market is transforming to accommodate a stable growth rate. He cited the increased acceptance of pre-owned aircraft and improvement in facilities as factors that will help propel the market. The amount of business aviation traffic continues to grow, Xun said, and with China among the world’s largest economies, he said “The demand for business aviation is huge. The demand has yet to be fully realized.”