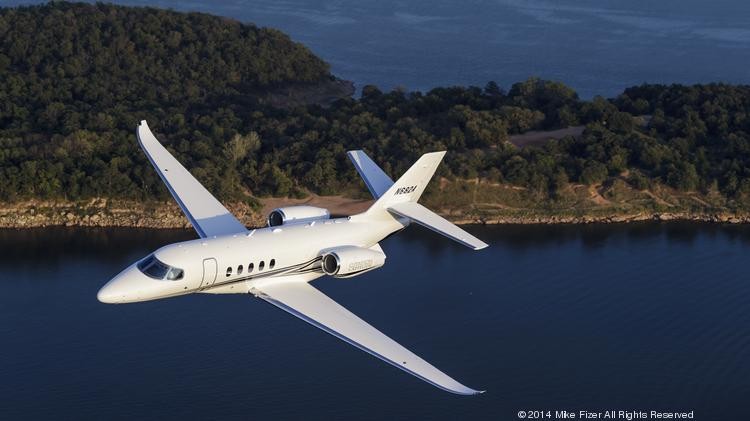 Cessna Aircraft Co.’s newest business jet is expected to be handed over to its launch customer soon. Textron Inc. CEO Scott Donnelly said during a conference call with investors following the release of the company’s second-quarter earnings Tuesday that first delivery of the Cessna Citation Latitude should occur in August. He did not detail who the launch customer would be.

Textron (NYSE: TXT) is the parent company of Wichita-based Textron Aviation, which includes both Cessna and Beechcraft Corp.

The Latitude received certification from the Federal Aviation Administration in June.

Donnelly also said the $145 million increase in Textron Aviation’s backlog month over month included the addition of some previously announced Latitude orders from NetJets, deliveries of which are expected to begin in the first half of 2016. Overall, Donnelly said North America remains the strongest market for aircraft sales and that the company is hoping for increased activity the second half of the year.

“We have a lot that’s going to happen in the back half of the year,” he said.

This article was originally published on BizJournals.com