This article features a new Cessna product, Citation CJ2+ sn 514! Cessna is hoping to upgrade its service and wants to develop new and improved planes! 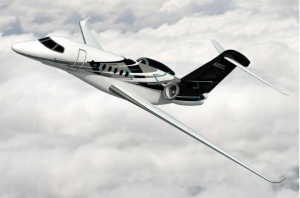 The Cowen & Co. analyst said in a note to investors Wednesday that the company “sees room for two new products in the Class 6 large bizjet niche” and those are likely to include a variant of the $26 million Longitude that Textron Aviation announced three years ago, as well as a larger jet that would be priced in the $30 million to $40 million range and would have a cabin height exceeding six feet.

“Cessna hopes to upgrade owners of the 1000+ Hawker bizjets it services when their corporate owners decide to replace them; and we sense (Textron) feels it can develop the new planes without boosting R&D/sales,” von Rumohr wrote.

A Textron Aviation spokeswoman said in an e-mail to The Eagle on Wednesday that the company doesn’t comment on market rumors or speculation.

But in recent years makers of large business jets, such as Gulfstream and Bombardier, saw a quicker and more brisk recovery in sales and deliveries of aircraft after the economic downturn of 2008 than did makers of smaller business jets.

In a January conference call with analysts, Scott Donnelly, chief executive of parent company Textron Inc., said the Longitude was “ramping up,” although he declined to give analysts specifics on exactly where the program was.

“I do think … you will see a debut of the Longitude sometime in the not too distant future,” Donnelly said on the call.

Von Rumohr said in an interview Wednesday that while he thinks Textron is planning two jets, the plans for a jet named the Longitude that were rolled out at the European Business Aviation Convention & Exposition in May 2012 may not be the Longitude that’s unveiled at NBAA, which will be held Nov. 17-19 in Las Vegas.

This article orignially posted on Kansas.com.