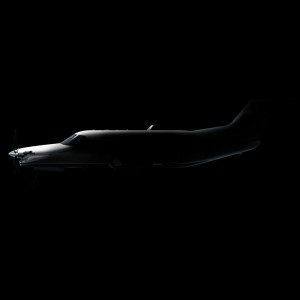 GE Aviation will develop and manufacture its 1,300-shp advanced turboprop for the new Textron Aviation single-engine turboprop—shown here in a shadowed image—at a planned Center of Excellence in the Czech Republic. (Photo: Textron Aviation)

GE Aviation will build the advanced turboprop engine for Textron Aviation’s new turboprop single at a development, test and engine production headquarters planned in the Czech Republic. Dubbed the GE Turboprop Center of Excellence, the facility is expected to open in 2020 to develop and manufacture new turboprop engines in the 1,000- to 2,000-shp range, including the 1,300-shp powerplant for Textron Aviation’s turboprop single that was officially launched in November.

While the center of excellence is constructed, design and testing activity will continue at GE’s existing facilities that currently upport advanced turboprop development, including the former Walter Engine facility in Prague. “GE Aviation in Prague has achieved so much since its launch in 2008, most notably by leveraging the robust design of the Walter M601 engine and incorporating GE’s 3-D aerodynamic design techniques and advanced materials to create…the H Series,” said Brad Mottier, vice president of GE Aviation’s business and general aviation and integrated systems business. “With the new Czech GE Center of Excellence, the advanced turboprop will join the H Series as the first [GE] engines designed, tested and manufactured outside the U.S., incorporating the best of our proven technologies into our newest family of turboprops powering next-gen aircraft.”

This includes Textron’s GE-powered single-engine turboprop, which will have a range of more than 1,500 nm and a top speed exceeding 280 knots.