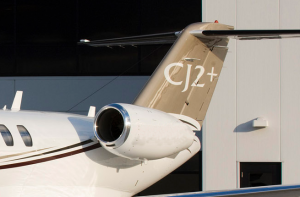 The Cessna Citation CJ2+ is no longer in production, as the Citation M2—an upgraded CJ1 with Garmin G3000 avionics—and CJ3+ “have proven to be a great fit for our customers in this space,” a Textron Aviation spokeswoman confirmed. The CJ2+ (Model 525A) has been built on the same production line as the CJ3+ and CJ4, so “we could build it if required for a customer mission,” she said. However, the CJ2+ is not currently listed in the Citation product line-up.

The model entered service in 2000 and was the first derivative—a five-foot stretch—of the original Citation Jet that spawned the CJ family. The original CJ2 was produced from 1999 until mid-2005; the updated CJ2+—which included Rockwell Collins Pro Line 21 avionics, better performance and Fadec—has been in production since late 2005.

Unlike the other CJs and Citations (with the exception of the XLS+), Cessna did not invest in a changeover to Garmin avionics in new-production CJ2+s, foreshadowing its eventual phaseout. (It did, however, offer a Garmin G3000 retrofit for CJ2+s early last year.) According to data from GAMA’s aircraft shipment reports, Cessna has not delivered a CJ2+ since the second quarter of 2014.