HRL Laboratories recently released an electrical, low-current brain stimulation system that is able to measure brain activity patterns of expert aircraft pilots and transmit them into heads of complete novices, allegedly helping rookies to acquire piloting skills faster. Have the plots from sci-fi movies such as The Matrix, DxM, Self/Less and Ex Machina become the reality? Can you have skills downloaded straight to your head and become a master of flying in a matter of hours? 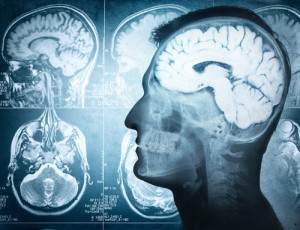 When feeling the lack of confidence about your body you should not worry. A simple nip-and-tuck here, a few implants there and you are good to go. But what about your brain? Wouldn’t it be nice if someone could offer an immediate “brain-lift” to make you instantly more intelligent? With the rapid development of modern technologies opting for a knowledge injection might soon become as popular as investing into your physical appearance.

The US-based team from HRL Laboratories, led by Dr. Matthew Phillips, analyzed the brain activity of 6 commercial and military pilots. Afterwards, they transmitted those patterns into 32 novice subjects who were learning to pilot a plane in a flight simulator. The results were encouraging – pilots who received the brain patterns, demonstrated a 33% overall performance increase compared to colleagues in the control group.

The scientists used transcranial direct current stimulation (tDCS) to “transmit brain activity patterns onto novice subjects as they learned to pilot an airplane in a realistic flight simulator,” Dr. Phillips said in an official statement that HRL’s study is one of the first to show that tDCS is effective in accelerating practical learning. However, despite of fair amount of research done, some experts advise to take the red pill and face the painful truth of reality.

This article originally posted on AeroTime.aero.