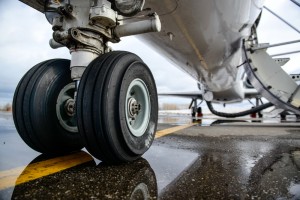 The FAA said that the United States business jet fleet had predictions of 2.8 percent annual growth and expected to grow even more. Read more below about the Bizjet fleet annual growth.

Despite the down market in 2015, the FAA maintained that the “long-term outlook, driven by turbine aircraft activity, remains favorable” and predicted the general aviation fleet would reach 210,695 aircraft by 2036. This was a more modest prediction than last year’s forecast of a sustained 0.4 percent annual increase that would result in a fleet of 214,260 by 2035.

The FAA continues to believe business jets will lead the growth over the forecast period. But, its predictions of 2.5 percent annual growth for business jets also is less bullish than last year’s predictions of 2.8 percent annual growth. The FAA also increased expectations for declines in the fixed-wing piston market, estimating that fleet will shrink by 17,500 aircraft over the forecast period, marking an average rate of decline of 0.6 percent.

At the same time, the FAA is bullish about the light-sport aircraft category, predicting 4.5 percent annual growth. This would add 3,900 aircraft to the fleet by 2036, nearly tripling the size of the 2014 fleet.

The FAA forecast general aviation hours overall to increase 1.2 percent per year, driven by a 2.6 percent annual increase in turbine aircraft hours. Business jet hours in particular are anticipated to jump 3.1 percent annually over the forecast period. However, this is offset by piston hours, which are forecast to slide annually by 0.6 percent.

As for the pilot population, the FAA forecast a mixed bag with the number of air transport pilots anticipated to increase by 13,600 over the forecast period, but the number of private and commercial pilots is expected to drop by an annual rate of 0.6 percent. Overall, the active pilot population had reached 590,039 at the end of 2015.

The FAA bases its forecast on numerous factors, including estimates of fleet size, hours flown and utilization rates from its General Aviation and Part 135 Activity Survey, along with assumptions of retirement rates, General Aviation Manufacturers Association data and Transportation Research Board discussions.

This article originally posted on Ainonline.com.