Action from the government is being called for in response to the Heathrow UAV Drone Incident. 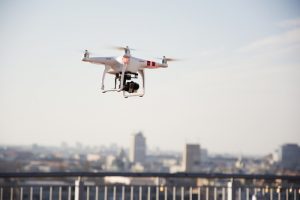 Read more about the occurrence of the drone hazards against aircraft.

Calls for action to mitigate the threat to passenger aircraft from unmanned aerial vehicles (UAVs) came from Europe’s main regional airline trade group and others following an April 17 incident at London Heathrow Airport. A British Airways Airbus A320, on final approach to the airport, collided with what is believed to have been a small drone. No damage was caused to the aircraft, which landed safely a few minutes later, but the collision has strengthened calls for governmental action in the face of an upsurge of the number of people owning UAVs. Many have little or no prior aviation experience and are unaware of regulations governing their use. The incident highlighted the threat that drones posed to the safety of European airspace, said the European Regions Airline Association (ERA). ERA DG Simon McNamara said there was “a need for swift action to protect Europe’s passengers, crews and residents through better regulation of European airspace with regards to drones.”

He added, “Worryingly, only some European Union member states have regulations for the flying of smaller remotely piloted aircraft systems [RPAS]. With a dramatic increase in the use and commercialisation of [UAVs], European aviation needs to act now to harmonize standards and rules across the region.” Meanwhile, the UK’s main commercial pilots’ union, the British Airline Pilots Association (BALPA), reiterated that UAVs are rapidly becoming a danger to commercial flights, with a spate of near-misses prior to the April 17 incident. The pilot of the aircraft said he believed the collision involved a UAV, although this has still to be officially confirmed. “Pilots can see that drones can be useful and fun to fly, but these near misses are becoming too regular an occurrence,” BALPA flight safety specialist Steve Landells said. “The authorities must enforce current regulations and make sure new ones, such as compulsory insurance and registration, are brought in without delay.” BALPA’s US equivalent, ALPA, has expressed similar concerns. A compulsory register for recreational drone users is already in place in the US.

This article is originally posted on Atwonline.com.