Airbus Group recently partnered with Siemens to create the hybrid-electric propulsion systems, leading to the possibility of new Hybrid Airlines in the future. 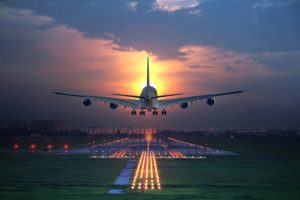 Hybrid Airlines will be coming sooner than people think. Read more about it, below from Aviation Pros.

Aviation Week & Space Technology (AW&ST) reported on April 11, that “Airbus Group has partnered with engineering giant Siemens to develop hybrid-electric propulsion systems that could power small airliners in the 2030s.” This blog first reported on this in 2013. I was amazed then — remain so today — and am delighted to know that the two companies are actually moving forward with these plans. They plan to “demonstrate the feasibility of various hybrid-electric propulsion systems by 2020.” Hot dog, y’all, that’s just around the corner! I may live to see this come to pass.I remember the first jet aircraft airplane I saw shortly after World War II. Now I may actually get to see the first hybrid-electric airliner. Is that really possible!

I can also remember when my father switched from trains to airplanes in the late 1940s or early 1950s. He worried about that switch, but pretty soon he was bragging to us about riding a Constellation that actually flew at 300 miles per hour. When the jets came along he wasn’t sure about them either — until after his first jet trip. He became — this man who was nervous about moving from trains to airlines — a “Flying Colonel” with Delta. I gotta tell you a secret about him, though. Infrequently he had to change airplanes because the one he boarded had a “mechanical problem.” When that happened, he always wrote down the tail number on the airplane with the problem so he could refuse to ever fly it again. He said I talked him out of that, but I wonder. I wonder what he would say today about the idea of electric/turbine hybrids? Something tells me he would get on ‘em and ride.