Business Aviation is imperative for some companies to thrive; governors from New York and New Jersey appreciate the value of General Aviation. 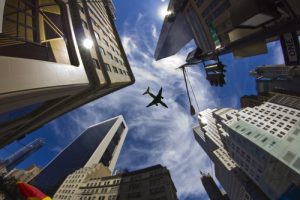 The governors of New York and New Jersey are the latest chief executives to recognize the value of general aviation, including business aviation, with both states proclaiming May 2016 as a month to highlight the industry’s benefits.

“The aviation industry plans a critical role in the lives of our citizens, as well as the economic prosperity of the state of New York,” noted Gov. Andrew Cuomo. “Business aviation is a critical tool for companies in New York to improve efficiency, save money and open up opportunities for rural areas not served by commercial aviation, thereby bringing new business, investment and jobs to all areas of the state. New York, Cuomo said, is home to more than 600 commercial, public and private airports and heliports. The industry creates hundreds of thousands of jobs for New Yorkers, and generates billions of dollars in payroll tax revenue and local tax revenue annually.

“The state of New York has a significant interest in the continued vitality of general aviation, aerospace, aircraft manufacturing, educational institutions, aviation organizations, community airport and airport operators,” according to the proclamation. New Jersey’s general aviation industry employs approximately 18,000 state residents and serves more than 12,000 pilots, Gov. Chris Christie wrote in his proclamation. “General aviation provides a substantial economic benefit to New Jersey from the operation of the public-use airport system and from the tourism and commerce it supports,” Christie wrote. “General aviation plays a vital role in the operation of businesses and farms, as well as the state’s response to emergencies and natural disasters.”