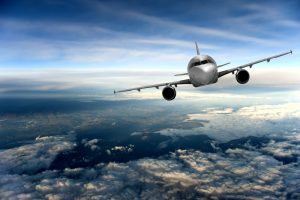 Business aviation has never been far from the mind of FirstFlight founder, President and CEO John Dow, even as he worked on his family’s dairy farm in upstate New York after college.

“I moved back halfway through school to help run it,” Dow explained. “I wound up staying there for 13 years.” But Dow had also learned to fly, and he was moving up through his commercial, instrument and ATP ratings. After selling the farm in 1987, he looked toward a career in aircraft management.

“I originally wanted to buy an FBO, but that didn’t work out,” he continued. “So, I networked as best I could to develop a client base. I was blessed with some great contacts.” Dow’s first managed aircraft was a Gulfstream III, and FirstFlight completed its first hangar at New York’s Elmira/Corning Regional Airport (ELM) in 1990. FirstFlight eventually built up a fleet of about two dozen aircraft under its Part 135 certificate. The company later added a Part 145 repair station, as well as a regional office at New Jersey’s Teterboro Airport (TEB.) At its peak, FirstFlight employed close to 200 aircraft sales and maintenance professionals from across the region; the economic downturn in 2008 reduced that figure to “about 65,” but it also allowed Dow to buy back his company following an ill-timed attempt to take FirstFlight public.

“We really don’t want to be one of ‘the big guys’ in this industry,” added FirstFlight vice-president of sales Vickie Mahoney. “We want to bring back an individual level of service to our clients, and promote an environment where it’s apparent how much we care for one another.” In addition to serving the aircraft charter and maintenance needs of his clientele, FirstFlight is also dedicated to using business aviation to serve the community. Dow regularly uses his managed aircraft to fly patients for medical treatment and other charitable causes. Dow also serves on the boards for several local and national organizations; it was on one of those boards where he met Dr. Frank Bourke, whose pioneering research into post-traumatic stress disorder (PTSD) has resulted in a new therapy protocol to help patients cope with their emotions and memories of trauma.