The first Aircraft Owners and Pilots Association (AOPA) Fly-In of 2016 is being held in Beaufort, N.C. 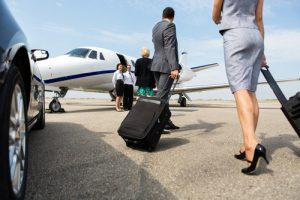 AOPA will be held at the Michael J. Smith Field (KMRH).

“AOPA Fly-Ins are a great way for our members, pilots, and aspiring pilots to see new places and meet people who share a passion for aviation,” said AOPA Director of Outreach and Events Chris Eads. “From Friday’s Barnstormers Party to aircraft displays to safety seminars, we have a lot packed into a short amount of time. Beyond the fly-in, Beaufort is a great town with a long history and amazing beaches, and there will even be a music festival downtown during the fly-in — lots to see and do.” At this weekend’s fly-in, more than 34 aircraft are expected to be on display, including the turbodiesel twin Diamond DA62, Bell Boeing V-22 Osprey, Sikorsky UH-60 Black Hawk, and Sikorsky UH-53 helicopters. In addition, the DC-3 Clipper Tabitha May is scheduled to fly in for the display. Since the regional fly-ins kick off in 2014, more than 26,600 people have attended the events, held around the country. According to AOPA officials, the estimated location economic contribution per fly-in is $680,000. Some more numbers: 27,246 have been served at the fly-ins, which have attracted 4,347 aircraft.

This article is originally posted on Aviationnorthcarolina.com.