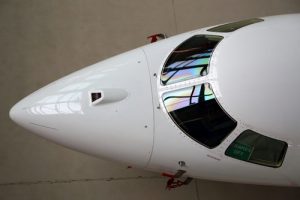 General aviation in Washington contributes more than $8.1 billion to the state’s economy.

Local officials from Massachusetts to Washington state – and many communities in between – took time this month to acknowledge the numerous benefits that business aviation brings to their cities and towns. To date, hundreds of mayors, city and county councils and other local officials have issued proclamations highlighting general aviation, including business aviation.

Here are the latest proclamations:

Anacortes, WA Mayor Laurie Gere said, “The city of Anacortes and the state of Washington have a significant interest in the continued vitality of general aviation as a resource that drives economic growth for our community’s farms, and sustains critical services such as medical care and disaster relief.” Read the Anacortes proclamation. (PDF)

Matthew Santini, mayor of Cartersville, GA, said his city’s local airport has “an immense economic impact on the city.” Georgia, he wrote, is home to 98 public-use airports, which service more than 18,000 pilots and 5,200 general aviation aircraft. Read the Cartersville proclamation. (PDF)

“General aviation not only supports Massachusetts’ economy, it improves overall quality of life,” the Mansfield, MA Board of Selectmen wrote in its proclamation. “The nation’s infrastructure represents an important benefit, and congressional oversight should be in place to ensure stable funding of this system.” Read the Mansfield proclamation. (PDF)