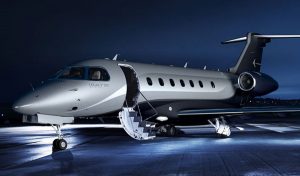 The Jet manufacturer is set to add 600 jobs at its Melbourne, Florida, production facility.

There seems to be no holding back Embraer’s expansion of its Melbourne, Florida, manufacturing home, as the company opened an expanded Legacy 450/500 business jet production facility on June 2. The site originally opened in 2011 as the final assembly location for the Phenom 100 and 300 family of jets.

This article was originally posted on Flyingmag.com