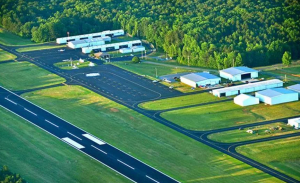 Much public business remains on hold until after the November election, and that includes city officials traveling to Washington in search of federal assistance for a new airport terminal for the Asheboro Regional Airport.

“We’ll be going right after the swearing in of the new president and new Congress,” City Manager John Ogburn said last week. Ogburn said local officials have discussed a project to replace the small terminal that’s more than 40 years old at the Asheboro Regional Airport with U.S. Rep. Mark Walker, R-N.C., who represents District 6, which includes Randolph County. Ogburn also said the city will hire a firm with experience lobbying for municipal governments to help marshal a request for money through the political process in D.C.

“We feel good about our chances,” Ogburn said, “but we do need that professional skill in Washington through the appropriations phase. Asheboro is a regional airport. It lines up nicely with the megasite, which will be a southeast regional site. There will be a federal role in helping serve this airport.” The city has $1.3 million set aside for a new terminal, including $500,000 earmarked by the state toward construction of a new terminal. The city also hopes to get money from the county for the project. Members of the airport authority have pledged to raise half a million dollars as part of a private campaign.

The estimated cost of a two-story, 22,739-square-foot terminal — a proposal presented last October, during a special joint meeting of the Asheboro City Council, the Randolph County Commissioners and the Asheboro Airport Authority — is $7.5 million. The facility built of glass, block and stone is designed to look like an airplane wing from the air. Ogburn said the basic idea, down to “the roof shaped like a wing,” is good. The cost, not so much. “That’s a really high number,” he said. “I don’t anticipate it being that much.”

This article was originally posted on AviationNorthCarolina.com.