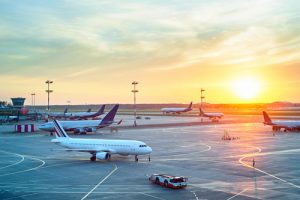 New York’s Westchester County has floated a plan to privatize its New York City-area airport, one of the busiest business aviation hubs in the U.S. The $140 million deal would allow California-based investment firm Oaktree Capital Management to take over control of Westchester County Airport (HPN) for the next 40 years. Since 1977, the airport has been managed by AvPorts, which the county pays from airport revenues.

If approved, the proposal would make HPN the first commercially served airport in the U.S. to be privatized, and would take the county out of the profit-and-liability equation for the airport. That would be transferred to Oaktree, which would pay the county a fixed annual rent on the facility, in addition to making infrastructure improvements at the passenger terminal. For private operators and businesses that serve the general and corporate aviation industry, there is fear that the deal could result in hiked landing and fuel flowage fees.

According to reports, Oaktree, which also manages Puerto Rico’s San Juan’s Luis Munoz Marin International Airport, was selected by county officials without the benefit of an RFP process. The process is not required, but the failure to solicit competing bids has raised eyebrows among many in the county. Conclusion of the deal requires the approval of 12 of 17 county legislators, the FAA and a majority (65 percent) of the commercial carriers that serve the airport.