Massachusetts Contribute to The Harriman and West Airport 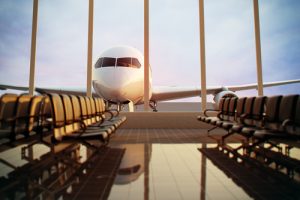 Recent improvements at Massachusetts’ Harriman-and-West Airport (AQW) are contributing to the growing economic investment in the Northern Berkshire region.

Situated approximately 120 miles west of Boston in North Adams, MA, the non-tower airport’s 4,300-by-100-foot Runway 11/29 is just south of the Vermont state line. The airport’s improvements have been substantial, starting with tree removal, shifting the runway during its reconstruction, repaving the taxiways and ramps to handle more aircraft, and the commissioning of an RNAV GPS-A instrument approach. “We’ve been working on the infrastructure for over 16 years,” said Trevor Gillman, a member of the airport commission. “Now, we have traffic coming in that didn’t used to be here.”

Traffic at the airport has increased about 10 percent over the past few years, said Willard Greenwalt, Harrison-and-West’s manager. “Having that access is part of the formula for economic growth,” he said. “An airport is paramount to attracting new business.” And the improvements continue. An already designed $4.2 million administration building is awaiting final approval of MassDOT funding. It will have a reception area for travelers, a car rental counter, a crew lounge, and a restaurant and patio oriented for watching airport operations. A local investor and an airport business owner, Turboprop East, a repair station that serves business aircraft, have donated the project’s $200,000 local share.

“Relatively remote communities appreciate firsthand the importance of airports and their connection with the rest of the state and country,” said the National Business Aviation Association’s Northeast Regional Representative Dean Saucier. “North Adams is in the extreme northwest corner of the state, surrounded by mountains with no interstate in the vicinity, which makes travel a challenge. Harrison-and-West Airport provides easy ingress and egress to the community.”

This article was originally posted Noplanenogain.org.