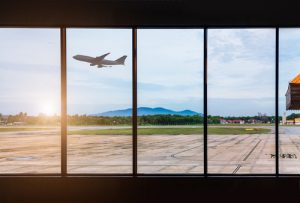 With skies crystal-clear and temperatures in the upper 60s Thursday, officials at the Colorado Springs Airport unveiled some of the new tools maintenance workers will have at hand when the cold and wet weather arrives.The fleet of massive yellow machinery includes several new additions that will help crews remove snow from the runways more efficiently, said airport spokesman Nate Lavin.

“The airlines rely heavily on us to make sure the runways are clear and taxiways are clear,” Lavin said. “We really are working as a team to make sure your air travel is on time.”Three new tow-behind plows, adding to the existing six, will cut in half the time it takes to clear the airport’s 150-foot-wide runways. In the past, workers have had to drive a plow up one side of a runway and down another. But with the extra machines, which have blades and a cylindrical brush to clear snow cover, two can be used at once to clear the runway in one fell swoop lasting 15 to 17 minutes.

Another addition, known as Continuous Friction Measuring Equipment, is a vehicle with an extra wheel, resembling that of an aircraft, that can gauge the friction on each segment of the runway to help determine what type of equipment is necessary for snow removal. “That’s really going to help us,” Lavin said. “We’ve never had anything like this.” Two new snow blowers were also purchased this year, bringing the total to four. The blowers are capable of moving upward of 4 tons of snow per hour.

The airport shelled out more than $1 million for the equipment and has $700,000 budgeted to spend on snow-clearing machinery next year, Lavin said. The Federal Aviation Administration requires a facility the size of the Colorado Springs Airport to have the ability to clear 1 inch of snow per hour on its runway space — which totals about 5 million square feet, or roughly 87 football fields’ worth of space. Maintenance’s existing fleet also includes three front-mount plows, three front-end brooms and two trucks capable of dispensing up to 4,000 gallons of liquid or granular snow-removing chemicals in a single run,

When cold and wet weather kicks in, workers will divide into two teams of 16 people that will alternate between 12-hour shifts for a round-the-clock snow-clearing effort. The machines are typically brought out a little over a dozen times each winter, according to the airport’s airfield maintenance supervisor. The equipment isn’t likely to hit the runway anytime soon. According to the National Weather Service in Pueblo, there’s no chance of snow in the next week, and temperatures are likely to be above average for the next 10 days.