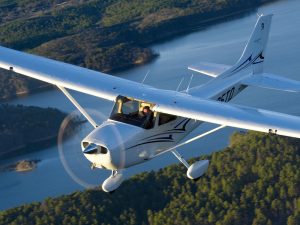 Marking a key victory for general aviation advocates, the U.S. FAA issued a final rule today that would enable certain general aviation pilots to fly without a current third-class aeromedical certificate beginning on May 1. The rule codifies a mandate that Congress passed as part of the FAA reauthorization extension last summer.

The rule, which the FAA has dubbed “BasicMed,” would apply to pilots who have a valid driver’s license, obtained a third-class medical certificate within the past 10 years, fly aircraft that weigh no more than 6,000 pounds and carry no more than six people. The rule also would require that pilots undergo a medical examination by a state-licensed physician every four years, and that examination include a review of an FAA-set checklist. The pilots must also take online educational courses.

FAA Administrator Michael Huerta, detailing the rule to reporters today, said pilots could continue to opt for the traditional route of obtaining a third-class medical without the operational restrictions. “The BasicMed rule will keep our pilots safe but will simplify our regulations and keep general aviation flying affordable,” Huerta said, adding the rule is “a win for the general aviation community, and I’m happy that our FAA team has gotten it across the finish line.”

The agency will collaborate with various organizations to develop the online medical course that pilots must take, and will work with stakeholders to explain the BasicMed option, Huerta said. General aviation groups have pushed for such a rule change for years, calling it a necessary step to help bolster the pilot population.