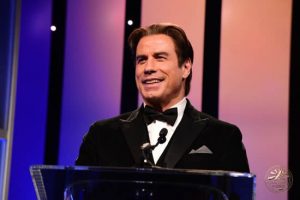 John Travolta, the “Official Ambassador of Aviation,” will host the 14th Annual “Living Legends of Aviation” Awards, held at the Beverly Hilton, January 20, 2017. The awards program starts with the “Flown West Tribute” to those Legends lost during 2016; Arnold Palmer, R.A. Bob Hoover and Doolittle Raider David Thatcher. The Legends would also like to acknowledge the recent passing of their colleague, Legend and friend Captain Eugene A. Cernan, the last man to walk on the moon.

Phebe Novakovic, Chairwoman and CEO of General Dynamics, will receive the “Aviation Industry Leader of the Year Award.” She has led General Dynamics on an extraordinarily successful path.

Aviator and actor Treat Williams will present Mark Kelly and Scott Kelly, twin brothers, astronauts and Navy Captains with the “Aviation Inspiration and Patriotism Award.” Scott Kelly broke two spaceflight records, one of which he currently holds for longest consecutive time for an American in space. Mark Kelly is one of only four individuals who has visited the International Space Station on four different occasions.

Peter Paul Luce, board member for “Wings Over the Rockies Air and Space Museum” will receive the Harrison Ford Aviation Legacy Award.” He has flown over 200 humanitarian missions with his MU2, delivering organs to hospitals for patients that were in dire need of organs to help save their life.

Clay Lacy, founder of Clay Lacy Aviation, will receive the “Bob Hoover Freedom of Flight Award.” Lacy revolutionized air–to-air cinematography forever with Astrovision, a revolutionary camera system that could film 360 degrees with no altitude or speed restrictions. Astrovision made it possible for Lacy to film thousands of films for the military, film industry and television, including blockbusters Top Gun and Armageddon.

This article was originally posted on Blueskyexecutiveaviation.co.uk.