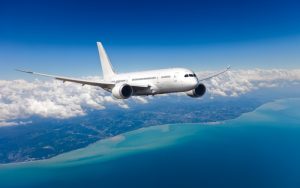 West Virginia, and Massachusetts highlight the importance and benefits of Business Aviation.

“West Virginia provides access for businesses and tourists to isolated areas, enabling businesses to remain part of the nation’s air transportation systems and connected to the world’s global marketplace,” said Fairmont, WV Mayor Ronald Straight, Sr. “The use of general aviation by businesses and farms in West Virginia is directly tied to the future growth and prosperity of the state.”

Martinsburg, WV Mayor George Karos agreed that general aviation was vital to the state’s economy and played a “crucial role” in the lives of its citizens, businesses and communities.

“With the state’s geography, large numbers of businesses and communities depend on general aviation aircraft for access to medical treatment, economic opportunity and communication,” he noted.

“General aviation not only supports Massachusetts’ economy, it improves overall quality of life by supporting emergency medical and healthcare services, law enforcement, firefighting and disaster relief, and by transporting business travelers to their destinations quickly and safety,” he noted.