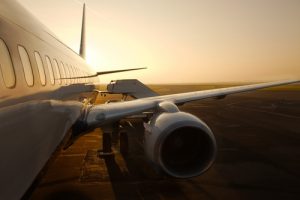 Four governors from the states of New Hampshire, North Dakota, Rhode Island, and Tennessee recognize the benefits general aviation, including business aviation, brings to their states.

Four governors are recognizing general aviation, including business aviation, in March for the benefits it brings to their states and regions. To date, officials in all 50 states have highlighted the importance of the industry though proclamations.

The state is home to 24 publicly owned airports, which serve 3,825 pilots and 2,055 general aviation aircraft. According to the New Hampshire Department of Transportation, one out of every 1,000 workers in the state is employed in the aerospace and aviation industry, “representing a significant economic impact to the state.”

North Dakota Gov. Doug Burgum said the industry is playing an increasingly important role in his state’s economy, creating more than 32,000 jobs and contributing $3.6 billion annually to the state’s economy.

“The communities within North Dakota depend heavily on their community airports for the continued flow of commerce, tourists and visitors to our state,” he noted. North Dakota also is home to one of six designated unmanned aircraft system test sites in the country where research is being done to help integrate this technology into the National Airspace System.

A recent Rhode Island Airport Economic Impact Study found that general aviation airports in the state contribute about $214 million, or $203 per capita to the state’s economy, Gov. Gina Raimondo noted in her proclamation.