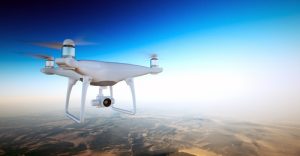 Part 107 is simplifying the implementation of drone operations within corporations. That was the message from Kathleen “Kat” Swain, senior director of UAS programs for AOPA; Amanda Ferraro, a captain with American Family Insurance; and Greg Cerillo, a lawyer with HCH Legal, at last month’s NBAA Business Aviation Finance, Registration and Legal conference. They discussed how two corporations integrated drones into day-to-day operations.

“If all you need is line-of-sight operations at altitudes below 400 feet, using equipment weighing less than 55 pounds, traveling at speeds under 100 mph, then the new Part 107 rules mean you are good to go,” Cerillo told AIN. Larger, faster drones that operate higher still require a Section 333 exemption. The drones used by companies under Part 107 are primarily for imaging; in the case of insurance companies for taking pictures of damaged roofs after windstorms and tornadoes. American Family Insurance and USAA use their drones to enhance worker safety.

“When I was at USAA we figured it was better to send a drone up to document damage than to have an adjuster on the roof,” said Swain, who now heads AOPA’s drone pilot initiative (the organization recently opened its membership ranks to drone pilots). At USAA the corporate flight department chose not to be involved in the training and development of the drone program. Rather, the company decided to manage its drone program in-house, but look outside for pilots and drones.