August Aviation Proclamations From Governors & Mayors Across The U.S. 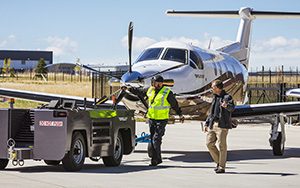 Photo courtesy of No Plane No Gain

The governors of Louisiana and South Carolina, among others, are recognizing the importance of general aviation this month. To date, officials in all 50 states, as well as hundreds of mayors around the country have issued such proclamations, which you can read, below!

“Airports support and assist South Carolina in many ways,” noted Gov. Henry McMaster in his proclamation, which specifies Aug. 19 as South Carolina Aviation Day, in conjunction with National Aviation Day. According to a state economic study, more than 753,000 visitors arrive to South Carolina by general aviation aircraft, accounting for an additional $87 million in economic impact annually.

This article was originally posted on NoPlaneNoGain.com