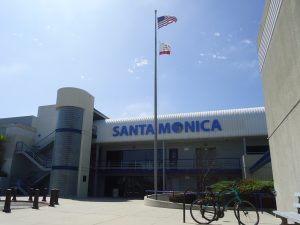 The Santa Monica Airport Association has been hosting events through 2017 to educate the general public and local community about the convenience and services the airport provides.

The Santa Monica Airport Association (SMAA) has significantly increased its public outreach program for 2017, hosting events each month to invite the public onto the Santa Monica Municipal Airport (SMO). The events are designed to play a key role in reaching out to the wider community surrounding the airport by highlighting the many benefits that the airport provides.

The most recent public event was held Aug. 12, and focused specifically on business aviation, with aircraft made available for public viewing and pilots on hand to answer questions.

Dave Hopkins, vice-president of SMAA, is an SMO-based CFI and CEO of an air transport contracting company that relies on business aircraft. He said that the monthly events hosted by SMAA are a great way to raise awareness about the airport in an effort to build public support for keeping SMO open for future generations.

“A 2011 city of Santa Monica study demonstrated that SMO generated almost 1,500 jobs and $247 million in economic activity in the surrounding community, and much of this activity can be traced to aircraft used for business,” he said. “SMAA wants to make the public feel welcome at the airport.”