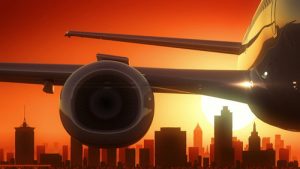 The Oklahoma Governor recently released information from a study that reveals Aviation is the second-largest economic sector for the state.

Oklahoma Gov. Mary Fallin recently announced the findings of the Oklahoma Aviation & Aerospace Economic Impact Study, which showed that aviation and aerospace is the second-largest economic engine in the state.

The study found that almost $44 billion in annual economic activity is being produced in the sector, supporting 206,000 jobs and an $11.7 billion payroll.

Fallin is a longtime supporter of aviation, and a featured speaker at NBAA’s 2015 convention in Las Vegas. “As governor, I know that one of the top reasons that a business may look at or choose Oklahoma or a particular community is the presence of having a general aviation airport,” she noted during her address to attendees.

“Aviation and aerospace is extensive in Oklahoma – it includes the 109 public airports that comprise the state system, the tenants on those airports such as American Airlines and the FAA Monroney Aeronautical Center; the three Air Force bases; and off-airport aerospace businesses like Boeing, NORDAM and FlightSafety,” said Oklahoma Aeronautics Commission (OAC) Director Victor Bird. “This study provides the foundation for system planning and future investment in our airport system for decades to come.”