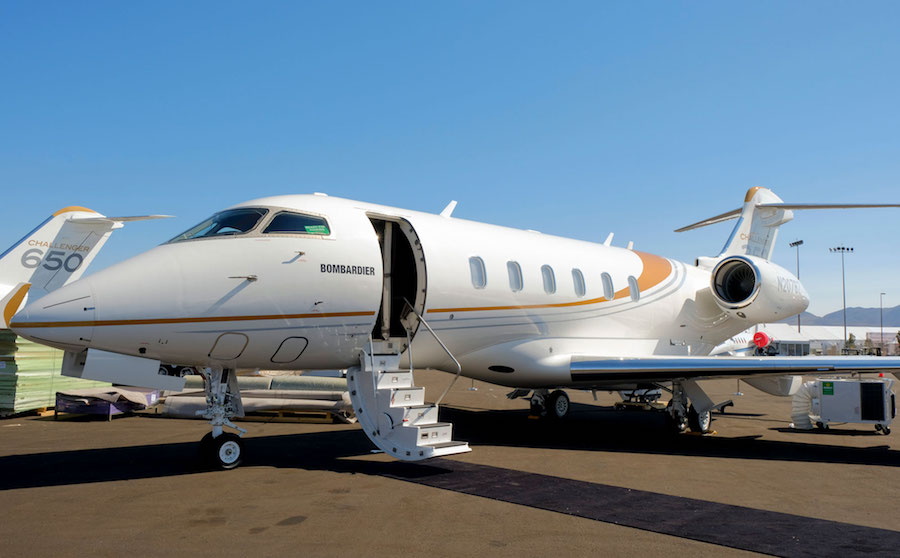 The reigning title of best-selling Bizjet has been handed over to the well known Bombardier Challenger, according to a recent report from AINonline.com. Read the complete article below for more details on how they earned the title!

With 56 deliveries, the Bombardier Challenger 350 was the top-selling business jet last year, according to 2017 delivery data released yesterday by GAMA. The super-midsize jet narrowly edged out the Embraer Phenom 300, which held the overall best-selling business jet crown for the previous four years. Embraer delivered 54 of the light jets last year.

By individual categories, Honda Aircraft’s HA-420 HondaJet was the most delivered very light jet, logging 43 shipments in 2017. For the fifth year in a row, the Phenom 300 took the light jet crown. Textron Aviation’s Citation Latitude led in midsize jets, with 54 aircraft shipped. And the Challenger 350 continued to reign in the super-midsize jet segment.

However, the large-cabin and ultra-long-range categories are murkier, as Gulfstream and Dassault Falcon do not submit data broken down by individual models to GAMA, while Bombardier combines Global 5000 and 6000 deliveries. However, Bombardier asserts it dominates both categories—the large-cabin Challenger 650 garnered 23 deliveries last year, while it handed over 45 Global 5000/6000s. AIN is unable to verify these two claims using the GAMA data.

This article originally posted on ainonline.com.