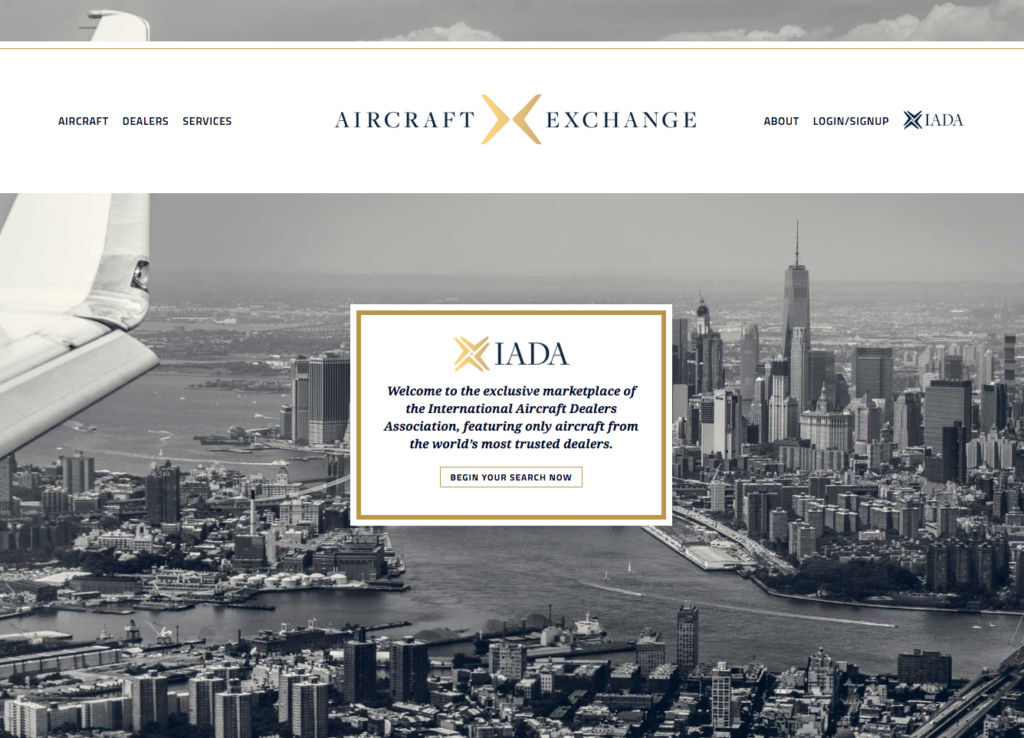 Throughout the aircraft industry, professionals are noticing the changes of the former, National Aircraft Resale Association (NARA), and focusing on the developments of the International Aircraft Dealers Association (IADA). With a new website launch, featuring only aircraft from the worlds’ most trusted dealers, CFS Jets is extremely proud to be featured as a respected dealer. Read the article below to learn more about this organization and search for available aircraft.

The International Aircraft Dealers Association, formerly known as the National Aircraft Resale Association, has rolled out a new website featuring the business aircraft for sale and listed by its broker members, which officials said is another step toward elevating the broker profession. Brian Proctor, IADA chairman and president and CEO of the Mente Group, told AIN the association’s AircraftExchange website serves to standardize the information about and bring transparency to business aircraft that are legitimately for sale.

The website is one of the steps IADA is taking to “raise the bar” of its members, who Proctor said in 2017 represented 3 percent of dealers globally that accounted for 60 percent of the dollar volume in preowned aircraft sales. The other steps include developing a standard engagement letter for the sale of aircraft and accreditation standards for its members.

“Later this year we’ll roll out [accreditation] testing for the members,” Proctor said. “I think the industry is evolving and the expectation for brokers are higher than they’ve ever been.”

In the fall, NARA renamed itself IADA to reflect its new push, as well as its global members.