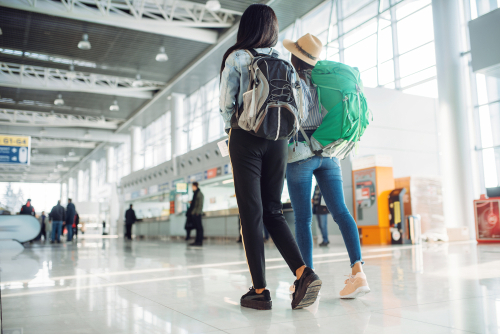 The U.S. Government has placed new restrictions on those traveling to Cuba. The ban went into effect June 5th, 2019, and is a general ban on those not flying commercially or anyone using a corporate flight. Different Bureaus are coordinating “to hold the Cuban regime accountable for its repression of the Cuban people and its support of the Maduro regime in Venezuela”.

The U.S. government has implemented new restrictions on traveling to Cuba, including a general ban on private and corporate flights from the U.S. to the island nation effective June 5. The Department of Commerce’s Bureau of Industry and Security (BIS), the Department of the Treasury’s Office of Foreign Assets Control (OFAC), and the Department of State are coordinating on policies to restrict non-family travel “to hold the Cuban regime accountable for its repression of the Cuban people and its support of the Maduro regime in Venezuela,” the agencies said.

BIS is amending its licensing provisions to effectively prohibit non-commercial aircraft to go to Cuba directly or indirectly. “License applications for the temporary sojourn to Cuba of those vessels and aircraft are subject to a general policy of denial.” Universal Weather & Aviation added that the agency indicates licenses will be issued only in extraordinary circumstances.

In coordination with OFAC, BIS has implemented a general policy of denial for exports and re-exports to Cuba for items subject to the Export Administration Regulations—including private and corporate aircraft, the agency said. But it is allowing for certain exceptions, including for the safety of civil aviation and safe operation for commercial aircraft engaged in international air transportation.

OpsGroup issued a notification about the changes, saying effectively for Part 91 “you cannot operate an N-registered aircraft privately to Cuba for any reason. This includes corporate.” This is regardless of whether passengers meet the accepted travel category requirements. After inquiring with BIS, OpsGroup does believe Part 135 charter is still accepted travel but advises operators to first check with both BIS and OFAC. Passengers must comply with one of the accepted purposes of travel. Air ambulance flights further are permitted.

Further, the government has removed “people to people” as an accepted category for travel. This was commonly used for travel for educational purposes. Universal, however, notes there is a grandfather provision for travel under this category that had been previously booked.