EAA AirVenture celebrated many facts and figures this year, along with their 50th year in Oshkosh which welcomed 6.8% more than 2018! Read the article below to see the achievements with EAA that have been made this year at AirVenture. 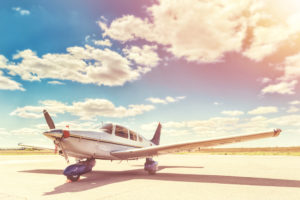 OSHKOSH, Wis. (WFRV) — EAA AirVenture celebrated its 50th year in Oshkosh last week and now they have a few other facts and figures to celebrate.

An average of 127 takeoffs/landings occurred per hour during the 11-day stretch of July 19-29. This is based on the 16,807 aircraft operations at Wittman Regional Airport in Oshkosh.

Over 10,000 aircraft arrived at Wittman and other airports in east-central Wisconsin.

EAA says of the 2,758 total show planes, 1,057 were homebuilt aircraft (including a record 592 homebuilt aircraft campsites), 939 were vintage airplanes, 400 were warbirds, 188 were ultralights and light-sport aircraft, 105 were seaplanes, 62 were aerobatic aircraft, and 7 fell into other categories.

An estimated 40,000 visitors camped in the more than 12,300 sites in aircraft and drive-in camping.

A total of 1,500 forums, workshops, and presentations were attended by more than 75,000 people.

Next year’s EAA AirVenture Oshkosh will take place on July 20-26.