Clearing the Air About Exclusive Rights at Airports 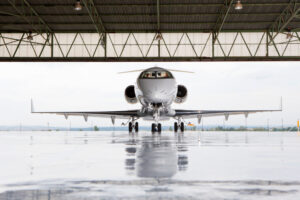 Exclusive rights at airports have been in the news recently. The FAA describes an exclusive right as the advantage to keep another from utilizing power, privilege or right. Continue reading to find out more.

According to Federal Grant Assurance 23, the owner or operator of any airport that has been developed or improved with federal grant assistance is required to operate the airport for the use and benefit of the public. This includes making it available for all types, kinds and classes of aeronautical activity, as well as ensuring that any person or entity is not granted the exclusive right to conduct aeronautical activities at the airport.

The Federal Aviation Administration (FAA) defines an exclusive right as a power, privilege or right excluding or debarring another from exercising a like power, privilege or right. An exclusive right can be conferred either by express agreement, by the imposition of unreasonable standards or requirements, or by any other means. This applies to a wide range of aeronautical activities including charter flights, pilot training, aircraft rental and sightseeing, aerial photography, aircraft sales and services, and sale of aviation petroleum products.The intent of the prohibition on exclusive rights, per FAA Advisory Circular AC 150/5190-5, is to promote fair competition at federally-obligated, public use airports for the benefit of aeronautical users. The existence of an exclusive right at an airport is considered to limit the usefulness of the airport and deprive the public of the benefits that flow from competition.

Grant Assurance 23 provides clear guidance for airports having a privately-operated, single aeronautical service provider. The providing of services by a single FBO shall not be construed as an exclusive right if both of the following apply:

1. It would be unreasonably costly, burdensome or impractical for more than one FBO to provide such services

2. If allowing more than one FBO to provide such services would require the reduction of space leased pursuant to an existing agreement between the single FBO and the airport

Notably, when the owner of a public-use airport elects to exclusively provide any or all aeronautical services, the same rules do not apply. In this situation, the airport sponsor is simply required to use its own employees and resources. This means it cannot exercise a proprietary exclusive right to operate the airport’s single FBO through a management contract. There may also be situations where an airport sponsor chooses to perform an aeronautical activity due to its revenue potential, such as aircraft fueling. However, aircraft owners may exercise their right to install fuel systems, self-fuel or obtain fuel at a lower price off the airport providing they comply with reasonable regulations and standards. In such cases, the airport sponsor’s exclusive right may limit its ability to generate revenue and provide healthy competition. When an airport sponsor elects to provide any or all of the aeronautical services at an airport, such as a single FBO, it should adhere to the same FAA policies imposed upon profit-motivated private enterprises providing aeronautical services to the public. Federal Grant Assurance 23 specifically provides that a federally obligated airport promote fair competition for the benefit of aeronautical users. Anything less not only betrays the public trust, but threatens the airport’s future economic health.