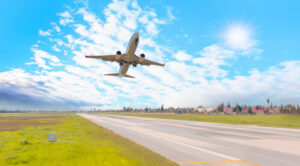 Frederick Municipal Airport has recently extended its Runway 5-23 by 600 feet so that it can accommodate more large business aircraft. Rick Weldon, president, and CEO of the Frederick County Chamber of Commerce expressed that this was due to the great economic benefits the airport has brought to Frederick, MD, and the surrounding county. Continue reading for more on this improvement!

The city of Frederick, MD understands the economic value that its local airport, Frederick Municipal Airport (FDK), brings to the city and surrounding county.

Already the second-busiest airport in Maryland and a reliever to Baltimore-Washington International Thurgood Marshall Airport (BWI), a newly-opened 600-foot runway extension project at FDK brings the length of Runway 5-23 to 5,819 feet, adequate to accommodate many airplanes, including most larger business aircraft.

According to the Frederick News-Post, at a recent opening ceremony for the runway extension project, Rick Weldon, the president and CEO of the Frederick County Chamber of Commerce, noted that local companies – including several major life sciences and biotechnology companies – see the airport as a major asset.

“It’s literally essential for some of our partners to have this airport here,” said Weldon, noting that companies looking to move to the county often ask about the quality of the airport. Having to drive company executives the hour or more that it takes to get to BWI or Washington Dulles Airport (IAD) is a non-starter, he said.

Frederick Mayor Michael O’Connor said that the airport is a “true economic asset” to the city and county and provides more than 1,100 jobs at the airport alone. About 250 aircraft are based at FDK, which had nearly 96,000 takeoffs and landings in 2019. The airport already has a control tower and instrument approach capability.

“The runway extension will increase the opportunity for the airport and local businesses to attract new customers, keeping both the airport and surrounding area competitive,” said Greg Voos, NBAA Southeast regional representative. “Runway extensions also increase safety margins for aircraft operators and are needed to keep pace with the larger aircraft coming online now and in the future.”