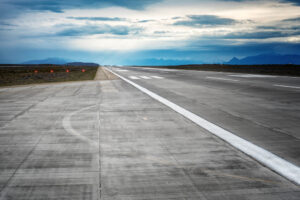 Though COVID-19 delayed construction, the Whittman Regional Airport (OSH) finally received good news as the airport’s new facility has been completed. Surrounded by a lot of excitement, despite the challenges and set-backs, the new 12,500 square-foot terminal is now ready to open. Continue reading below to find out more about Whittman Regional Airport’s new facility.

For many in aviation, Wittman Regional Airport (OSH) in Oshkosh, WI, is known primarily for hosting the Experimental Aircraft Association’s (EAA) annual AirVenture, a weeklong celebration of general aviation (GA) and one of the largest air shows in the world.

However, OSH is also an important and busy GA airport utilized throughout the year by leisure pilots and business aviation operators alike. On June 30, airport officials cut the ribbon on a new, 12,500 square-foot GA terminal that will serve as a “modern aerial gateway” to the Fox Valley region.

The new facility replaces the original 63-year-old terminal building, as well as a newer commercial airline terminal built-in 1971. In addition to hosting FBO Basler Flight Service, the new building also contains space for administrative offices, rental car operations, and meeting rooms that will be open to the general public, according to Airport Director Jim Schell.

Construction on the new terminal began in July 2020, and Schell noted the $5.5 million projects were completed on time and under budget despite challenges from the COVID-19 pandemic.

“We’re proud to broadcast to the world that Wittman Regional Airport is an airport of choice when doing business in this area,” he added. “The new GA terminal facility exemplifies that with its welcoming nature and technological upgrades to support transient air traffic.”

Schell further noted Wittman Regional is the busiest GA field in the state, with its total of 77,711 operations in 2019 outpacing the second-busiest Wisconsin GA airport in Kenosha by more than 22,500.

“Everyone in our industry knows about Oshkosh and AirVenture, but few may stop to think about this airport’s vital role in our national aviation system the other 51 weeks of the year,” she said. “It’s very exciting to see this impressive facility open its doors to support the needs of GA and business aviation traffic.”