Big Stories From The Week Of Oshkosh AirVenture 2021 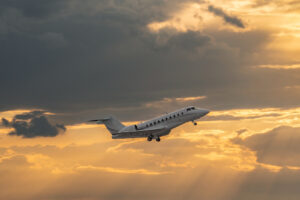 Oshkosh AirVenture 2021 was a blast! Almost 8,000 aircraft were present at the show and thousands showed up to get tours of awesome planes and other flying machines. The event featured aircraft both old and new, from retro planes to never-before-seen prototypes. Here are some of the biggest stories from the event! Continue reading more below.

Arrivals are up. Way up. When Wittman Field closed Sunday evening, 7,920 aircraft had parked and tied down. Average years in the past saw about 5,000 aircraft parked here by Sunday evening. EAA President Jack Pelton says a lot of people finished up airplane projects or got their airplanes modernized during the downtime, enabling—and motivating—their attendance at AirVenture 2021.

The FAA “got it wrong,” Pelton said, with its new interpretation of rules regarding instruction in Experimental/Amateur-built, Limited Category, and Primary Category planes when it reclassified instruction as being a commercial use. In responding to a question from Plane & Pilot, Pelton said that the FAA’s dramatic about-face on the subject, which has reversed many decades of stable guidance and thrown the regulations regarding instruction in tens of thousands of aircraft into disarray, was based on the opinion of the agency’s chief counsel, the opinion of whom Administrator Steve Dickson seems unwilling to go against.

Cessna flew its C-408 Skycourier prototype to the show. The plane on display is one of three airframes that have racked up 1,200 hours of flight testing for certification. Launch customer FedEx sees the design as a boost for regional cargo feed and their pilot’s supply as the Skycourier is placed at carriers participating in their Purple Runway pilot development program.

United sent a Boeing 737 MAX loaded with pilots, mentors, and students of United’s Aviate program in support of EAA’s AeroEducate program, designed to engage Young Eagles after their introductory airplane flight and chart a path for becoming pilots.

Diamond Aircraft is showing off its five-seat diesel-powered Diamond DA-50 single. The Continental-powered, retractable-gear single made its way across the Atlantic from the Diamond factory in Austria to London, Ontario, Canada, home of Diamond North America, where it will go through further refinement leading to Canadian and U.S certification.

A familiar presence at Oshkosh is the Goodyear Blimp, and this year marks its 50th year in operation at the greatest air show on earth. It’s not the same aircraft, however. The new “blimp,” isn’t really a blimp but, rather, an airship. Still, it just looks right doing its thing over AirVenture, and it’s a pretty hard target to miss for other aircraft flying around OSH.

The EAA and AOPA have reached out to Congress for relief from the FAA’s unexpected reinterpretation of half-century-old instruction in Limited and Experimental Category aircraft. (Primary Category planes are newer). Senator James Inhofe (R, OK) and Representatives Peter DeFazio (D, OR), and Sam Graves (R, MO) have introduced bills in their respective chambers to undo the FAA’s madness. Fingers crossed, but it’s a good bet the end run will work.

Stratos brought its eponymous single-engine jet (technically the 716 Project) to OSH. The beautifully constructed (can’t wait to fly it) six-seater is projected to cruise at 380 knots (very fast) for better than 1,300 nm (with four aboard). Stratos will market the jet in kit form to help fund the certification effort.

Textron Aviation Flew its SkyCourier into Oshkosh. The Pratt & Whitney turboprop-powered twin was designed to accommodate the needs of launch customer FedEx, though the plane is expected to be a big sales hit across industries and regions for Textron Aviation.

Fuel manufacturer GAMI got STC approval for its unleaded avgas, a major advance in the industry’s difficult transition away from 100LL. The STC is limited, but the company hopes to greatly and quickly expand the scope of the approval.

Flying Magazine has been sold by Bonnier Corporation. The buyer, according to a story on flyingmag.com, is Craig Fuller (not the former AOPA president). Fuller, the story said, is a digital media owner and was the founder of a logistics and supply chain firm that focuses on commercial trucking.

Women in Aviation International held its annual get-together at a theater in the woods. The luncheon was attended by many hundreds. Because of COVID-19 restrictions, instead of posing for its mass group photo in Boeing Plaza, participants texted selfies in their EAA WomenVenture tee shirts for a digital group photo.

Wittman Regional Airport was spared major damage by a storm that hit communities on either side of it hard. Despite strong winds and heavy rain, there was a good deal of minor damage, but by mid-morning, things were pretty much back to normal, and the afternoon airshow was scheduled to go on as usual.

An untold number of planes departed Oshkosh on Wednesday in advance of the storm, and parking areas were a third full in many areas, whereas days earlier they had been jammed. The event typically sees many departures by Thursday and a lot of new traffic for the weekend.

Joby announced that it was applying for a Part 135 certificate for its all-electric Multicopter, one of several regulatory requirements for the company to carry paying passengers. Two other big ones—we agree! —are gaining a type certificate, which verifies the design and flying qualities of the aircraft, and the production certificate, which allows the company to serially produce the craft. There’s never been a U.S. all-electric aircraft gain certification, nor has there been a multicopter (beyond conventional rotorcraft), so the entire project is blazing new trails. Joby says it plans to achieve all three by 2022, which is an incredibly ambitious timetable.

EAA officially launched its AeroEducate program designed to steer young people toward a career in aviation. Aimed at youngsters between 15-18, the program was designed by EAA in partnership with North Carolina State University and Embry-Riddle Aeronautical University. AeroEducate will use proven social media rewards to encourage participation and continued engagement.