EAA AirVenture Returns this Week with a Strong Showing in Attendance 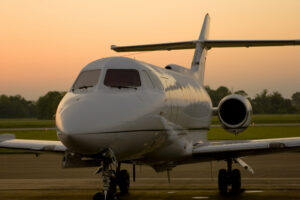 EAA AirVenture returned this week with a strong showing in attendance after having to postpone the convention due to concerns about health and safety surrounding the pandemic in 2020. Extra safety measures have been put in place to ensure the safety of the attendees at this year’s convention. Continue reading below to learn more!

After the Experimental Aircraft Association canceled last year’s AirVenture fly-in convention due to the COVID-19 pandemic, attendees could hardly wait to get back to Oshkosh. At first, organizers expected fewer attendees this year, but by 8 p.m. Sunday, nearly 8,000 planes had arrived in Oshkosh, CEO Jack Pelton said Monday during an opening day news briefing. That’s compared to the usual 5,000 and only 3,500 in 2019. EAA AirVenture 2021 runs through Sunday at Wittman Regional Airport.

Exhibitors also turned out in force, with more than 800 here this year, Pelton said. That said, EAA did make some changes ahead of this year’s event, including canceling the usual Monday-night concert and adding a streamlined arrival process. Launched in March, Express Arrival allows attendees to get their tickets, wrist bands and parking and camping passes ahead of the event to avoid congestion, which EAA will keep in future years, Pelton said.

Projections also show that 2021 AirVenture attendance is similar to 2019 levels, when more than 600,000 came that year. Among this year’s attendees is John Lake, who flew in from Utah. He built his own Glasair GlaStar, which over the course of five years and has flown since 2005. “I’ve been from the tip of Baja and up into Canada and everything in between,” Lake said.

It took him a day and half to get to Oshkosh from Utah in the plane, which he and his wife use to travel. He’s been flying for 40 years ever since he learned to fly in the Navy. This is the first time he’s ever brought his GlaStar to AirVenture, but Lake first came with his dad when he was 13, he said. That first time he said he’d one day build a plane; he’s since built five. “It’s been a great plane,” Lake said.

Allen Floyd came from Colorado in his 1976 Cessna 185, which he flew in the EAA AirVenture Cup Race, a distance of more than 400 miles. Floyd also owns a Rutan Long EZ that he also races. He’s been a member of EAA for more than 20 years and is excited to be back in Oshkosh. To promote social distancing, EAA will also offer two afternoon airshows — one at the south end of the grounds and the other at the north end.

EAA also hired Jani-King, a national janitorial service that offers cleaning services for large casinos, the PGA Tour and Lambeau Field, to ensure the grounds and buildings are clean for the large gathering, EAA spokesman Dick Knapinski said. There are also more than 750 hand sanitizing stations through out the grounds, he said. “We came out of this resilient,” Pelton said.