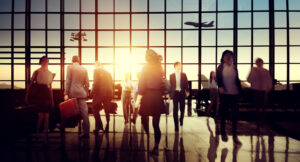 The Charlotte Douglas Airport has named its first female airport director. This new appointment comes after the new director took over on an interim basis during the pandemic, ultimately helping the airport passenger numbers recover more quickly than other airports. Continue reading below to learn more about Charlotte Douglas Airport’s new director!

The city of Charlotte has named its next leader for Charlotte Douglas International Airport, marking the first time a woman has led the Charlotte airport. Haley Gentry has been tapped as the new Aviation Director for the airport. Gentry was named acting aviation director in October 2020.

Former Aviation Director Brent Cagle is now an assistant city manager for Charlotte. Gentry has worked in the city’s Aviation Department for more than 30 years after starting as an intern in 1991, according to the city.

“When I first walked through the doors of the airport as an intern, I knew this was a very special place to work,” Gentry said in a statement. “We have a terrific team and wonderful support from our city leadership. Our focus and hard work have grown CLT into what I believe is the best airport in the country.”

She said she was proud and grateful for the chance to lead the aviation department. The Charlotte airport, an American Airlines hub, is ranked the sixth busiest airport in the world. “Few people know the Aviation Department and Charlotte Douglas International Airport, as well as Haley,” Charlotte City Manager Marcus Jones, said in a statement.

He praised her career with the city, adding, “I’m excited for her to continue that journey as the new Aviation Director and proud that she’ll be the first female aviation director in our organization’s history and join a small but growing group of women leading the aviation industry in our country.”

AIRPORT CHALLENGES DURING THE PANDEMIC
Gentry took over the airport’s top job on an interim basis in the midst of the coronavirus pandemic, as travelers slowly returned to the skies. Passenger numbers at CLT took a deep dive in early 2020 due to the pandemic. But in April, the most recent month of passenger data available, 1.9 million people boarded planes at CLT, according to the airport. That’s a huge increase from April 2020, which saw just under 170,000 people board planes in CLT.

And this year’s April number is just below the airport’s total number of departing passengers for April 2019, which topped 2 million, before the COVID-19 pandemic hit North Carolina. Charlotte’s flight schedule and passenger numbers have recovered more quickly than many other airports across the country, American Airlines Managing Director of Customer Care Russ Fortson told reporters this month.

ONGOING CONSTRUCTION AT CLT
CLT has pressed forward with construction projects throughout the pandemic, working to expand in order to host an expected increase in travelers. That work includes the Charlotte airport’s $600 million terminal lobby expansion project, which broke ground in December 2019.

The airport is also taking steps toward building a fourth parallel runway, a $672 million project. That plan also includes expanding concourses B and C. Construction on the runway could be completed by 2027, according to a draft document released in April.