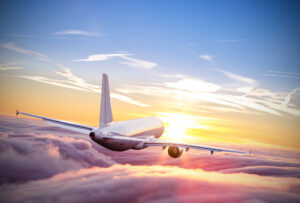 Riverside County in Southern California is embracing airports as an economic agent for their community. The community has been actively developing their airports to generate further investment, jobs, economic development, and success. Continue reading below to learn more!

“Airports and aviation are key to our continued growth as a destination,” said Riverside County Fourth District Supervisor V. Manuel Perez during the recent CJP’s annual convention in Indian Wells, CA. “Government can help facilitate [and] be helpful in advancing aviation. As a county, we embrace airports as economic agents for our communities.”

Perez noted his district, which covers more than 5,000-square-miles across the eastern portion of the Inland Empire, is home to five public-use airports. Ahead of the convention, more than 110 Cessna Citation jets flew into Jacqueline Cochran Regional Airport (TRM), which has grown from its origins as a WWII military training airfield to become a vibrant civil-use airport and a center for business and economic development in the community.

“Riverside County has made many improvements to the airport with federal grants and aviation funds,” he added. “We’ve helped this airport become more viable by investing in transportation improvements that make [TRM] more accessible and easier to reach.”

Perez also noted the county is “actively pursuing” further development at TRM, including the possible addition of a U.S. Customs facility and federal air traffic control tower. “My vision is that we capitalize on County assets such as airports to generate further investment, jobs, economic development and success to our region,” he said.

“Investment in our airports and building out business aviation helps the tourism sector and also agriculture, commerce and many other economic opportunities,” Perez concluded. “Aviation has a proud history in Riverside County and a bright future that will continue to feed our economy.”