After accepting an exclusive invitation from Gulfstream, the entire CFS Jets team met with representatives from the Georgia–based business–jet production company earlier this week in Charlotte, NC. We had the opportunity to see the new critically acclaimed Gulfstream G280 and G650 up close and personal! These two new jets are already making headlines and breaking records, pending confirmation by the National Aeronautic Association. 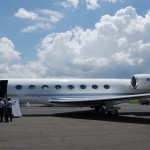 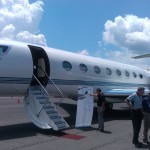 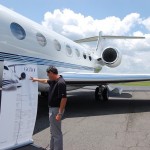 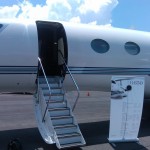 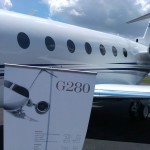 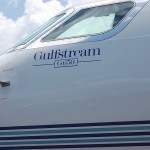 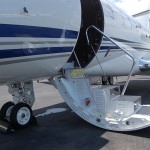 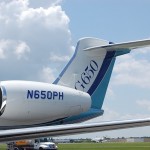 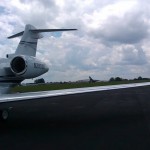 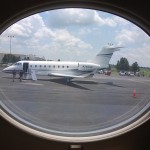 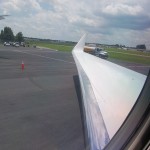 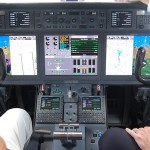 Last month, the G650 landed in Paris for the 50th Annual Paris Air Show with three city-pair records on its resume—Savannah to Paris; Nice, France, to São Paulo; and Las Vegas to Madrid, Spain.

The most significant record was a 3,899-nautical mile (7,221-km) sprint between Savannah and Paris that broke a record held for 25 years by the Gulfstream GIV.

“This record demonstrates the G650’s tremendous speed and range,” said Scott Neal, senior vice president, Sales and Marketing, Gulfstream. “It also speaks to the capabilities of the GIV, which handily held that record for a quarter of a century, evidence that the aircraft was ahead of its time in terms of technology, innovation, speed and range.”

The G280 arrived in Europe from the US last month for demo flights to prep for the Pairs Air Show, having left Hanscom Field in Bedford, Mass., at 10:05 a.m. local time and arrived 7 hours and 21 minutes later at Poland’s Bydgoszcz Airport. The aircraft covered 3,538 nautical miles (6,552 km) at an average speed of Mach 0.80.

“The G280’s ability to reliably link much of Europe with the Northeastern United States – and even further west to Chicago – makes it a very attractive aircraft for many customers,” said Scott Neal, senior vice president, Sales and Marketing, Gulfstream. “No other super mid-sized business jet has the G280’s range, and it’s also the class leader in fuel-efficiency and comfort.”