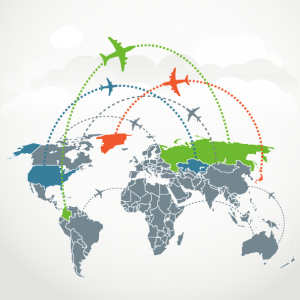 While it used to be a safe assumption that business jets live a pampered life, the economic crisis of late 2008 has changed that. With the Western economy reeling, wealth began to find its way elsewhere, and sales of private jets followed. New markets began to emerge in Eastern Europe, Africa, India and the Pacific Rim. For the first time, sales of business aircraft outside of North America not only caught up, but surpassed domestic sales. That means a new dynamic for those who locate and appraise pre-owned business jets. It means a need for increased caution by potential buyers and intensified scrutiny on the part of aircraft brokers and dealers.

In many of these emerging markets, aviation infrastructure is nowhere near as sophisticated as it is in North America and Europe. Not only are airports, navigation aids and air traffic control less sophisticated (sometimes leading to increased wear and tear on airframes), but FBO networks are just beginning to gain a toehold in Africa, China, India, Russia and some other markets. That has led to several concerns, including fuel quality and its effect on engine health.

While scheduled maintenance is still monitored and controlled by OEMs, unscheduled events can suffer. The expense and complexity of importing parts may lead to deferring some preventive maintenance. Sometimes, bureaucratic red tape can delay importation of a needed part or consumable. The high cost of taxes and duties on importing parts and components can tempt operators to perform repairs on components, such as complex parts, that would normally be removed and replaced with new units. The quality of available consumables such as oil, lubricants and hydraulic fluid may be compromised.