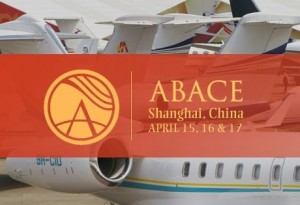 A roster of leading aviation officials from Asia and the U.S. took the stage this morning for the opening session of ABACE 2014, welcoming attendees and exhibitors to what Shanghai Airport Authority president Li Derun called “the must-attend event” for the business aviation industry.

Highlighting the strong growth of business aviation in the Republic, Civil Aviation Administration of China (CAAC) deputy administrator Wang Zhiqing said that China had 189 general aviation companies at the end of last year, a 41-percent increase over the previous year’s figure, while the fleet had grown by 23.4 percent, to 1,654 aircraft, with total general aviation flight time increasing 10 percent, to 569,000 hours.

However, after the past three years of rapid growth for general aviation in China, “momentum is slowing,” Wang noted, and he vowed CAAC will work to keep the industry expanding swiftly. “The essence of business aviation is fast and efficient transportation. It is not a luxury,” he said.

Also speaking at the session, FAA Administrator Michael Huerta noted that while general aviation in China is relatively young, it is “poised for tremendous growth.” He called for “complementary relationships and effective partnerships to ensure” the sector’s safe expansion.