Increase In Jet Deliveries A Positive Sign For Wichita 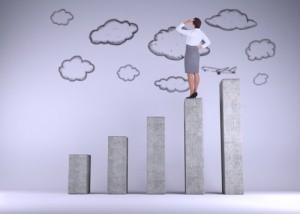 But, unpacking those numbers shows at least one positive sign for the Air Capital — the increase in deliveries of Wichita-built business jets.

Cessna Aircraft Co., now teamed with Beechcraft Corp. under Textron Aviation, delivered 35 Citation business jets in the first quarter of 2014, up from 32 during the same quarter last year. Bombardier Learjet, meanwhile, doubled its deliveries of business jets from three to six as its 70 and 75 models hit the market.

The declining overall numbers came from a decrease in smaller models. Notable, there was the decrease in Beechcraft deliveries which — accounting for models still in production — fell from 50 to 31 year over year, according to new data from the General Aviation Manufacturers Association.

GAMA’s numbers cover the entire first quarter, whereas the eight King Air deliveries reported by Textron Aviation were from the last two weeks of the quarter as the company began counting those deliveries under the new ownership.

However, the GAMA numbers also show that global deliveries of all business jets increased 19 percent to 154 in the first quarter. Those numbers, of course, include the large-cabin business jets which has continued to fare well.

But, the numbers also include the modest, but positive, gains for the smaller jet segments that are of major importance to Wichita. Most forecasters see sizable recovery in those segments, picking up more in 2015 and 2016. But with one quarter in the books, 2014 is already off to a better start, and offers another signal that the market is beginning to improve.