Flying Home for Holidays May Be Greener than Driving 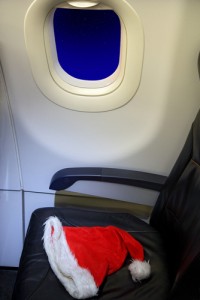 Air travel by environmentalists has long been an easy punching bag for conservative pundits, though flying is becoming much easier to defend. Michael Sivak, a transportation researcher at the University of Michigan, has found that from 1970 to 2010, the amount of energy consumed per mile, per passenger, on an average domestic flight dropped 74 percent. From 1968 to 2014, the fuel efficiency of new airplanes improved 45 percent, according to the International Council on Clean Transportation (ICCT).

For this good news, we can thank airlines’ obsession with fuel, which accounts for roughly one-third of their expenses. At Boeing, the world’s largest aircraft manufacturer, there’s a rule of thumb: A 1 percent improvement in efficiency adds up to $1 million in fuel savings over the course of a single-aisle plane’s 25-year life span. 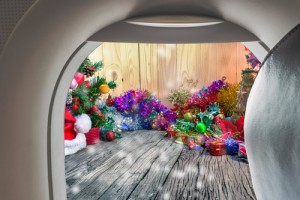 How are aircraft manufacturers making planes more efficient? For starters, they’re continually fine-tuning jet engines to create more thrust, by squeezing hotter, higher-pressure air into the turbines and increasing the flow of air around the jet. Planes are also becoming more aerodynamic with design changes like drag-reducing wingtip fins and a more slippery paint inspired by sharkskin. They’re getting lighter, as manufacturers experiment with new composite materials and shave ounces everywhere from the engine to the onboard entertainment system.

And they’re more crowded: Today the average domestic flight takes off with 84 percent of its seats filled, up from 70 percent in 2002, according to federal data. (The number of people flying has been on a steady incline since bottoming out after 9/11 and dipping again following the 2008 recession.) Add up these and other factors and, according to Sivak’s research, you’ll find that flying uses 52 percent less energy than driving does to move one person one mile.

This article originally posted on Wired.com.