Continued Proclamations on the Benefits of Business Aviation 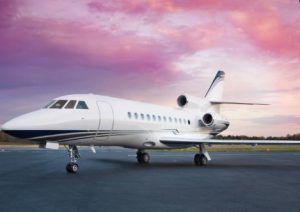 State and local officials continue to issue proclamations this summer extolling the value of business aviation to their region and the county. In July, Kentucky Gov. Matthew Bevin, along with mayors from North Carolina to Nevada, praised the industry for the role it plays in the lives of citizens everywhere.

“Business aviation is an invaluable tool for companies in Kentucky to support their operations, thus bringing new business, investment and jobs to Kentucky,” Bevin wrote. “Business aircraft improve efficiency, save money and open doors of opportunity to rural areas not reached by commercial aviation.”

“A great many businesses and communities in Kentucky depend on general aviation aircraft and small aircraft for all types of mobility,” the governor wrote.

Additional proclamations in Kentucky were issued by:

Mesquite, NV Mayor Allan Litman said this month that general aviation and the Mesquite Metro Airport “have an immense economic impact on the city of Mesquite. He also noted the importance of his state’s 49 public-use airports, which serve 6,811 pilots and 2,246 active general aviation aircraft. View the Mesquite proclamation. (PDF)

Jamie Daniels, mayor of Manteo, NC, wrote, “The city of Manteo in the state of North Carolina has a significant interest in the continued vitality of general aviation, aircraft manufacturing, aviation educational institutions, aviation organizations and community airports.” View the Manteo proclamation. (PDF)

This article was originally posted on NoPlaneNoGain.com.