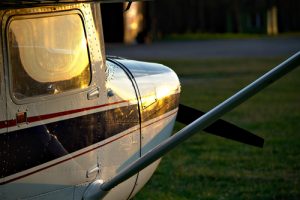 It took nine years to accomplish, but those of us who fly small airplanes are thrilled with the recent FAA rewrite of Part 23 certification rules. The new regulations significantly streamline the testing and documentation necessary for certifying smaller airplanes, and also for approving updates to their systems. Industry representatives say the changes represent an entirely new mindset at the FAA, and that they will make it easier to retrofit 21st century avionics, engines, and other systems. The new FAA attitude could also lead to a phasing out of obsolete testing requirements in certifying larger aircraft.

Greg Bowles, of the General Aviation Manufacturers Association, compared the certification system of bygone years with what the rewrite gives us today. “We had this 1950s sausage machine, and it could only make 1950s sausages,” says Bowles, who is GAMA’s vice president of global innovation and policy. “Now, we have a gourmet delicatessen. You can order what you want.”

But should business jet travelers care that adding innovative equipment has gotten easier for us small fry? Many should, and here’s why.

First, Part 23 doesn’t cover just Piper Cubs flown by hobby pilots. Bowles points out that Part 23 includes more than a few business aircraft, including Cessna’s CJ series of light jets, Embraer Phenom 100s and 300s, and Beechcraft King Air-series turboprop twins. So the streamlined rewrite of the certification rules opens up a lot of possibilities for new designs. It also affords plenty of potential for innovation that can add efficiency and utility to older models—and make them safer.

As an example, Bowles cites the “active” winglet system from Tamarack Aerospace. Winglets—the upright “sails” at the wingtips—not only look cool; they make an aircraft more efficient by enabling faster climb to thinner air and generating greater lift with less engine power (and thus, less wasted fuel). It’s an aerodynamic win-win. But in most cases, retrofitting winglets to an aircraft that wasn’t designed for them requires dismantling the wing to add reinforcing structure, due to increased flexing and stress loads caused by the winglets.

Tamarack devised a clever system that senses when an unreinforced wing is becoming stressed and automatically deflects a small control surface to relieve the load through aerodynamics. The “active” winglet system cuts installation time and labor, saving thousands of dollars, and also works better. Tamarack’s engineers used computer analysis to verify stress and aerodynamic data, but under the old rules, it all needed to be “re-proven” for the FAA in exhaustive and expensive flight-testing. Under the rewrite, much of the computer testing—which everyone agrees is safe, efficient, and reliable—would suffice. So far, Tamarack has received approval only for Cessna’s CJ-series light jets. But under the new rules, it will be far easier and less expensive to add approvals for new models.

This article was originally posted on Bjtonline.com.