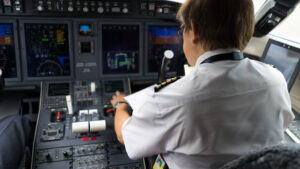 The Federal Aviation Administration also known as the FAA has moved forward with mandating the new program to help protect and avoid risks while flying. Keep reading to learn about how the FAA is making this the safest era in aviation history.

The U.S. Department of Transportation’s Federal Aviation Administration (FAA) proposed a rule that requires charter, commuter and air tour operators, and aircraft manufacturers to implement a critical safety approach that has helped create the safest era in aviation history.

The program, Safety Management System (SMS), is a set of policies and procedures where companies identify, monitor and address potential operational hazards early on, before they become serious problems. U.S. airlines have been required to have SMS since 2018.

“Expanding Safety Management Systems to other players in the aviation industry will reduce accidents and incidents and save lives,” said Acting FAA Administrator Billy Nolen. “As safe and efficient as our system is today, we must always strive to achieve the next level of safety.”

The rule would support the FAA’s preventive approach that detects and corrects potential safety issues before they result in accidents or incidents.

The proposed rule goes beyond the requirements of the Aircraft Certification, Safety and Accountability Act of 2020, which directed the FAA to mandate SMS only for aircraft manufacturers. The rule also addresses recommendations from the National Transportation Safety Board and independent review panels. Compliance times would vary between one and two years after the rule took effect, depending on the operation. The public comment period on the proposed rule will run for 60 days.

Plan Ahead to Help With Emergency Response
May 26, 2021
CFS Jets Company Brochure